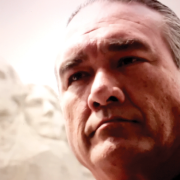 Go To Past Event
from U.S. Native History and Building Relationships for Effective Climate Work held on May 17, 2021

In a special program co-presented with the Climate Reality Project Bay Area Chapter, join us for an up-close and personal talk with Jim Warne of the Oglala Lakota (Sioux) Nation about the history of Native Americans and the work of building relationships with native communities to produce effective climate progress. The multitalented Warne is a motivational speaker, president of Warrior Society Development, WSD Productions; the community engagement & diversity director for the USD Center for Disabilities Oyata' Circle; and creator of the award-winning documentary "7th Generation" and the NFL Social Justice Series' "Oyate' un Ito'wapi–Pictures of My People," which was featured on Fox.

In Warne's own words:

"In talking to people from other countries, I have found that Asians and Europeans know more about our Indian history than Americans do. . . . In America, we get one narrow and uniform tribal perspective when there are over 550 tribes here that are recognized and 200 languages still today.

"It's important to have an understanding that some of the history that has been taught may not be correct, and in many cases it's not even addressed. . . . It's an ignorance by design, but how could we expect our non-Indian brothers to know when they're not being taught? If we taught the truth from the beginning we wouldn't be dealing with the ignorance and intolerance we're dealing with today."