On February 3, 1903, in a small restaurant in San Francisco, our founders hosted the first meeting of The Commonwealth Club of California. We wish we could commemorate the occasion with you in person with a big piece of birthday cake! Until then, we invite you to celebrate our 119 years of insightful conversation with a little Club trivia.

119 Facts about The Commonwealth Club 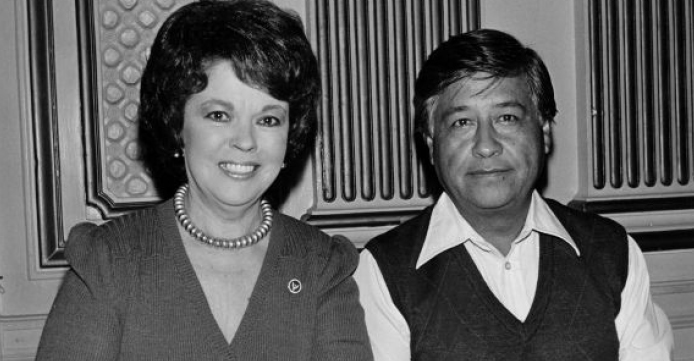 1. The Commonwealth Club makes its debut in 1903, dedicating its work to promoting civic awareness and the common good

3. In 1932, The Commonwealth Club hosts one of Franklin Roosevelt’s “New Deal” speeches

4. Home to the headquarters of the International Longshore Workers’ Union in 1934, the Club’s Embarcadero site becomes known for labor protests that eventually lead to advancements in worker rights

5. June 11, 1931: Club President James A. Johnston announces the creation of the California Book Awards—a program that now receives more than 400 submissions a year

6. Literary historians credit the Club’s Book Awards as among the first to recognize a young John Steinbeck, awarding him three Gold Medals between 1935 and 1939…and becoming embroiled in controversy for recommending The Grapes of Wrath, Steinbeck’s gritty epic of the Great Depression

7. Herbert Hoover gives four formal speeches on the record and nine “off-the-record” question-and-answer sessions at Club dinner meetings between 1936 and 1947

10. Women are finally permitted to join as Club members in 1971

13. Actress Audrey Hepburn emerges from private life in 1988, travels the globe as a UNICEF ambassador and, in 1992, appears at the Club to speak about her experiences

14. In the 1960s, ‘70s, and ‘80s, Club events are hosted as luncheons at San Francisco’s Palace Hotel; live radio coverage keeps hosts and guests on their toes!

15. Until the 1980s, yearly Club membership rosters are printed, listing each member’s name, occupation, and city of residence

16. See into the past! View a 1928 motion picture (silent, 8:36) of Club founder Edward Adams among his prized flowers; Earl A. Walcott, “watch dog of expenditures,” at work; and the gentlemen of the Luncheon Committee here 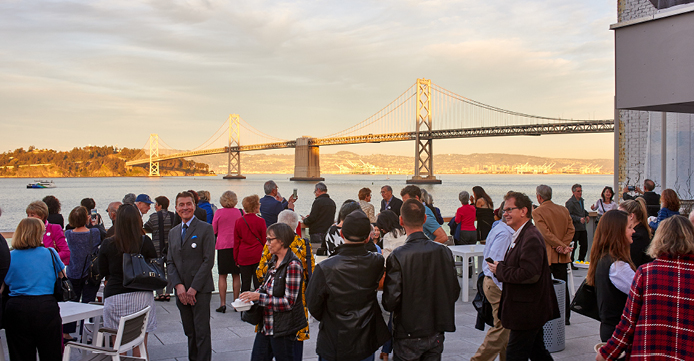 17. Dedicated to presenting points of view from across the political spectrum, The Commonwealth Club is the only place in the Bay Area where you can hear from a liberal one night and a conservative the next!

20. The Club’s radio program—hosted by 230 stations in 27 states—is the oldest continuing radio broadcast in the country

24. April 2012: Rachel Maddow, host of MSNBC’s "The Rachel Maddow Show," introduces her book Drift at a sold-out Inforum program, the first presented by the Club at the Castro Theatre

25. The Club rings in 2019 with its first-ever New Year’s Eve party, and makes it to the Top 10 Best in San Francisco

26. One member (initials G.M.) has attended more in-person events than any other member!

28. Published continuously for more than 80 years, the Club’s award-winning magazine goes virtual: The Commonwealth Unbound features 116 pages filled with politics, arts, history, technology, and more; before the magazine, the Club published a newsletter 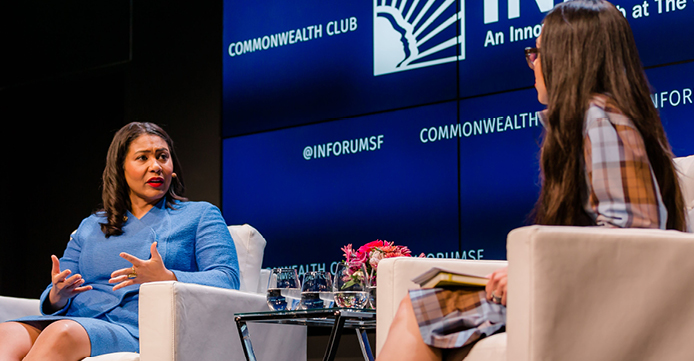 29. Inforum debuts in 2000, offering a new way for young people to network after the burst of the dot.com bubble

33. Summer 2015: Fight Club author Chuck Palahniuk helps check in attendees for his own Inforum program, and works alongside staff filling balloons with air and glowsticks

35. Inforum ends every program with the question, “What is your 60-second idea to change the world?” Thousands of people have answered! 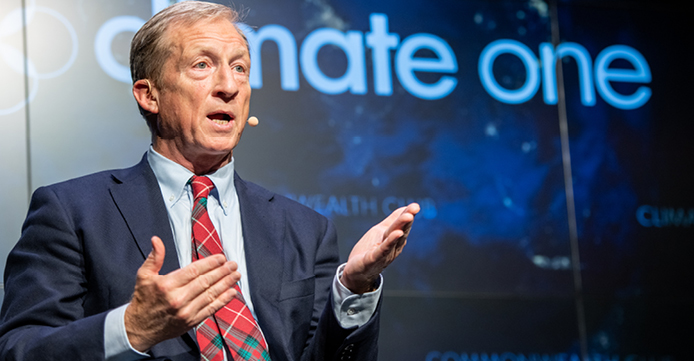 36. Climate One is founded in 2007 following an eye-opening Commonwealth Club trip to the Russian Arctic

37. Arnold Schwarzenegger joins Climate One programs five times during his term as California governor, including during the 2009 Climate Summit in Copenhagen

38. Fall 2010: Secretary of State Hillary Clinton sits down with Climate One hosts for a conversation about petro-politics and the Keystone Pipeline

40. April 2017: To the delight of a packed Climate One crowd, Jane Goodall celebrates her 83rd birthday by demonstrating how a chimp might react to her four-tiered, chimpanzee-themed cake

42. Environmental activist Erin Brockovich is a fan of Climate One!

43. Climate One is nominated for a 2020 iHeartRadio Podcast Award in the category of Green Podcasts

44. Climate One inspires the next generation of climate leaders by establishing an annual scholarship to send two high school students to the Arctic as a summer learning experience 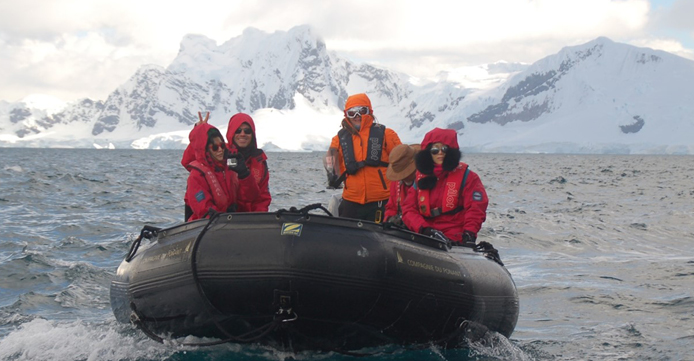 45. Founded on a tradition of cultural and intellectual exploration, Commonwealth Club Travel takes members to every continent across the globe, including Antarctica

50. Over the past two years, more than 60 Club members have walked across the Edmund Pettus Bridge in Selma, Alabama

51. Find your soulmate! Numerous engagement proposals have taken place on Club trips (including in Antarctica and on the Nile River), and several Club travelers have meet their future spouses (including a match between a traveler and the trip study leader!)

52. Club travelers visit U.S. embassies around the world for briefings with our foreign service staff 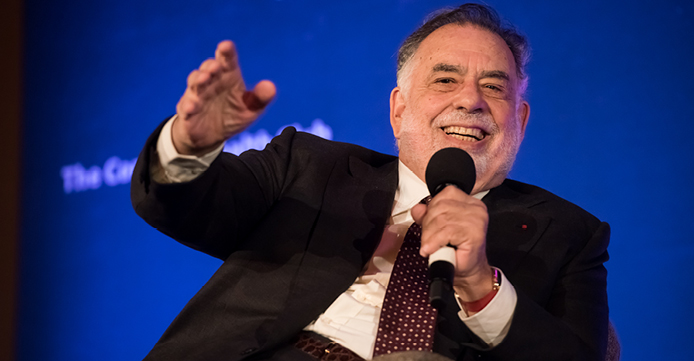 55. The Club presents international leaders from around the world, from Nikita Khrushchev of the former Soviet Union and Vicente Fox Quesada, past President of Mexico, to Henry Puna, Prime Minister of the Cook Islands in the South Pacific

57. December 2002: Mickey Hart, former drummer of the Grateful Dead, sets the beat with a smash-hit appearance at the Club

59. November 2016: Francis Ford Coppola confesses to Club guests that he’s sick of the musical theme to The Godfather

60. October 2017: The Club is filled with the melodious harmonies of music legend Art Garfunkle

63. The Commonwealth Club screens Eleanor Coppola’s Hearts of Darkness: A Filmmaker’s Apocalypse (1991); Bill Moyers’ Rikers: An American Jail (2017); and the Ken Burns’ PBS series College Behind Bars (2019), among others

64. November 2018: The Club presents an evening in Rock history, featuring live music by Ace of Cups, the pioneering all-female band that rocked San Francisco in the 1960s

67. The power of parody is the subject of talk-show host Andy Cohen (“Taboo Topics,” 2016), humorist P.J. O’Rourke (“Has America Gone Crazy?” 2017), and Stanford Professor Jennifer Aaker and lecturer Naomi Bagdonas (“Humor, Seriously,” 2021), who argue that humor can be a force for good in even the most serious of situations

71. George Takei, former Star Trek cast member and political activist, introduces his 208-page manga memoir—from memories of his childhood in a Japanese-American internment camp to his years in Hollywood—at the Club in September 2019

72. November 2019: CEO Adam Mosseri makes headlines during a Club program when he announces Instagram’s intention to test hiding “like” metrics in an effort to make their site safer

73. After 28 years, Michael Krasny announces his retirement as host of KQED’s “Forum” broadcast, sharing parting words with Club members just a few days before his last show in February 2021 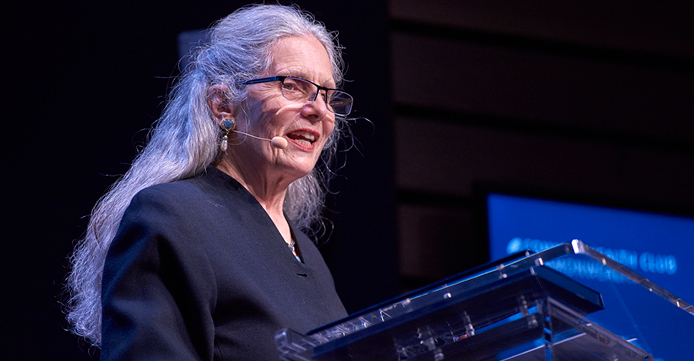 74. Commonwealth Club members live in 40 states and countries, joining from as far away as England and Australia

75. Dr. Gloria Duffy, president and CEO of The Commonwealth Club since 1997, hosts some of the Club’s most prominent visitors and speakers; in 2019 she is selected by the San Francisco Business Times as the most admired nonprofit CEO in the Bay Area

76. Dignitaries from throughout the state, including the late Mayor Ed Lee, take part in the 2017 Grand Opening celebrations of our new home at 110 The Embarcadero in San Francisco

79. Almost one-third of our programs are Member-Led Forums, created by our dedicated volunteers

80. The stage background, originally painted white, is repainted black to give it more of a studio look

81. The Michelle Meow show, hosted weekly at the Club, brings programs of interest to our LGBTQ audiences

82. To date, 11 exhibits showcasing local artists have been displayed in our Farmer Gallery

85. The Club’s rooftop deck at 110 The Embarcadero is THE BEST place to view the Bay Area skyline—for New Year’s Eve fireworks, our always-sold-out Blue Angels rooftop party, or your own celebrations and events

87. More than 1,100 distinguished Golden Gavel Members have maintained their Club memberships for 30 years or more!

88. November 2020 and spring 2021: The Commonwealth Club serves as an official polling place for elections 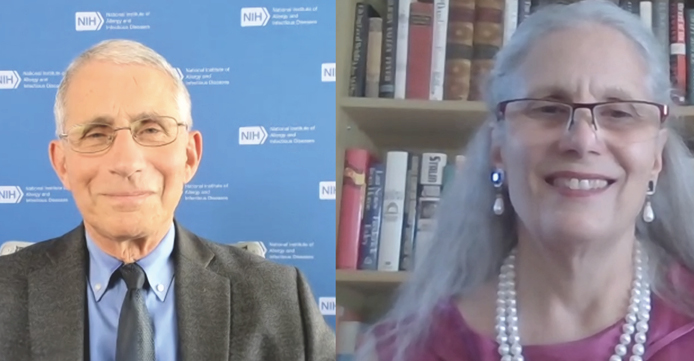 Off the Beaten Path

91. Club founders briefly call the organization “The Agora,” from the ancient Greek for a place of public assembly

94. Chocolate chip cookies are the most commonly requested snack made by speakers in the green room

95. Staff working at an interim site during the construction of our Embarcadero building share office space with a handful of resident mice

96. The walls of the Taube Auditorium and Reception space are made from re-milled Douglas fir trees removed from the foundation during construction, and date back to the turn of the 20th century (amazingly, every once in a while, they still express sap)

97. A murder of crows has currently taken up residence in the trees behind The Commonwealth Club, making an infernal racket, but delighting inhouse birdwatchers

99. The insulation of our building is made almost entirely of denim from 7,800 pairs of jeans donated by Levi Strauss & Co.

100. A size-11 shoe dating back to the turn of the 20th century is found during foundation excavations at 110 The Embarcadero

101. Digitized audio recordings of Club presentations dating back to the 1940s (“The Austrian Situation,” 1947; “What Would World War III Be Like?” 1949; “I Was a Communist for the FBI,” 1951) are housed at the Hoover Institution Library & Archives in Stanford, California

102. September 12, 2017: A San Francisco Symphony brass quintet plays “Fanfare for The Commonwealth Club,” a piece composed exclusively for the grand opening of the Club’s new building by Michael Smith, a San Francisco Conservatory of Music graduate student who won a competition held by Board of Governors member Dr. Carol Fleming

103. So far, two couples have taken their vows and hosted their wedding receptions at our Embarcadero building

104. To cut down on random clinks and clanks, Club staff ask program speakers to avoid dangly earrings when wearing microphones

105. San Francisco bids farewell to Beach Blanket Babylon with a celebration at The Commonwealth Club that features the show’s cast in full regalia—including iconic hats and headpieces that cannot fit inside until staff open the Club’s double doors 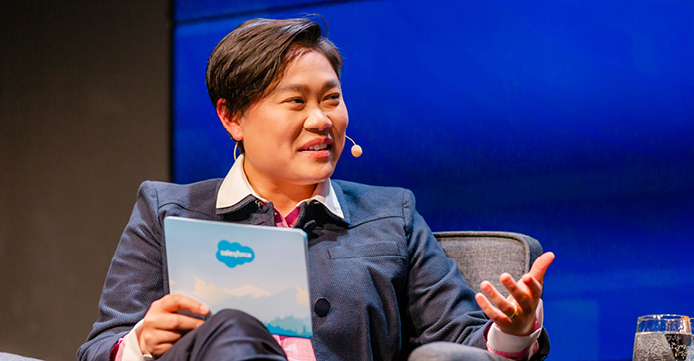 106. The Club hosts more than 800 online events since the pandemic lockdown, with more to come!

107. Speakers presented by the Club during the pandemic join us from around the world—Japan, India, the U.K., Hong Kong, the Philippines, Germany and more—as do audiences around the world

110. Our K–12 civics education programs kick off in May 2020, in the middle of the COVID-19 quarantine, with “History in the Present: The Pandemic and Civic Learning”

111. The Club livestreams the June 2020 Global Pride commemoration, which reaches 57 million viewers around the world

112. June 2020: “Parenting in Support of Black Lives” is Inforum’s highest-attended online event of the year

113. “Youth Talks: Students Speak Up About Schools and COVID-19” is developed for students, by students, giving high-schoolers an opportunity to discuss their pandemic-era experiences and expectations

114. On November 16, 2020, Former Secretary of State George Shultz is featured online with Club members—one month before his 100th birthday

116. With more than 1.1 million views, “The Trumps, The Kushners and American Greed,” with journalist Andrea Bernstein, is the most-watched online program of 2020

118. More than 1,600 people (including one in Hong Kong!) tune in to our 2020 virtual gala, “Consider Yourself at Home with The Commonwealth Club”

119. January 2022: Acclaimed filmmaker Oliver Stone shows up unexpectedly at an onsite event—Michael Shellenberger’s, “San Fransicko: Why Progressives Ruin Cities”—proving that the Club is a great place for making connections!