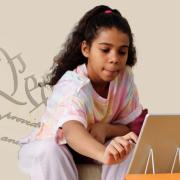 Go To Past Event
from Powerful Civics Education: It's Everyone's Responsibility held on May 14, 2021

Over the past several years, questions about the stability of America's democratic system have been raised by experts in many fields, from across the political spectrum. After years of polarization, the United States has become highly divided, and there is a widespread loss of confidence in our very form of government and civic order. A movement for a renewed focus on civics and history education has arisen to address these concerns.

Earlier this year, with the launch of the Educating for American Democracy (EAD) initiative, the country has its first significant comprehensive roadmap that states, local school districts, educators and organizations such as the Club can use to transform the teaching of history and civics to meet the needs of America in the 21st century. One of EAD's most significant features is that it recognizes that powerful and effective civics education is everyone's responsibility, not just civics and social studies teachers, and not just schools themselves. It asserts that we need all sectors of society working to together to educate students about American civics and history.

This program will speak with several leaders who specifically do not represent traditional social studies, civics or American history teachers about why they believe it is their responsibility to be part of the comprehensive civics education solution. Each has played a role in the development of the important EAD effort. We'll hear from the head of the organization that represents English teachers, the head of an organization that represents all rural schools, and a civics education specialist at a presidential library.

This program will also help the Club commemorate the one-year anniversary of the launch of its own civics education effort.  In response to the same concerns that drove the development of EAD, The Commonwealth Club recognized that it, as a major civic forum, could play a more significant role in having a citizenry and electorate better appreciate the U.S. form of government and its civic ideals. Our timing could not have been better, as 2020 served as a siren call for the need for improved civics education. The Club launched its civics education efforts on May 11, 2020, when we thought the global pandemic would be the biggest challenge facing our country. Then, after the killings of George Floyd in Minneapolis and Ahmaud Arbery in Georgia, the country faced massive social protests focused on policing and America's long history of racial discrimination. The year ended with a disputed presidential election that culminated in a violent storming of the U.S. Capitol on the day Congress convened to certify the presidential vote. (The Club hosted a program on American history education that ended just as the crowd broke into the U.S. Capitol). We then reflected on the siege of the U.S. Capitol and its implications for civics education in a program days after the presidential inauguration.

As the Club commemorates the first anniversary of its civics education efforts, please join us in an important conversation that urges all of us to be part of addressing America's civics crisis.

In response to the COVID-19 pandemic, we are currently hosting all of our live programming via YouTube live stream. This program was recorded via video conference on May 14th, 2021 by the Commonwealth Club of California.

Director of The Center for Civics, Education, and Opportunity; Ronald Reagan Presidential Foundation and Institute