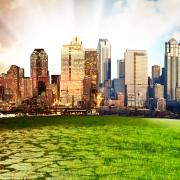 Go To Past Event
from Doubt, Deny or Defend: Republicans on Climate Change held on January 24, 2017

Bob Inglis, a former Republican representative and executive director of RepublicEn, says Republicans should not doubt or deny the science. Rather, they should defend it because their party has the best solutions, ones based on markets and not mandates. He will be joined by John Hofmeister, former president of Shell Oil Company, and Jeremy Carl, a research fellow from the Hoover Institute at Stanford for a vibrant discussion about the tensions and challenges between climate science, America's energy needs and the Republican party in the coming years.