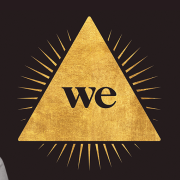 The Cult of We: The WeWork Story

WeWork revolutionized working spaces. By investing in commercial real estate and converting property into flexible shared workspaces, WeWork co-founder Adam Neumann was set to transform the way people get work done. The company offered more than shared space, investing in education and housing initiatives through its WeGrow schools and WeLive residences. Israeli businessman Adam Neumann was on track to become the world’s first trillionaire, but the company soon found itself burning through money with a last hope attempt through a Hail Mary IPO.

From the minds of Wall Street Journal reporters Eliot Brown and Maureen Farrell, The Cult of We uncovers the wins, hiccups, and turmoil of tech startups. Eliot Brown has spent his career covering startups, venture capital, commercial real estate and economic development. Similarly, Maureen Farrell focuses on the role of initial public offerings and capital markets in creating a successful business. Together, Brown and Farrell delve into the case of WeWork founder Adam Neumann to better understand how startups can revolutionize the world and what happens when they fail to do so.

Join us as Eliot Brown and Maureen Farrell, along with program moderator Charles Duhigg, uncover the gripping reality of tech startup culture.