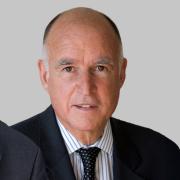 California, Russia and the Future: A Special Event - Segment 3

This is the audio podcast for Segment #3 below in bold;