Jeff Korzenik will be in conversation with Ken Oliver, the executive director of San Francisco-based Checkr Foundation. Oliver leads one of the country’s most important initiatives for encouraging second chance/fair chance hiring within technology and other industries. With perspective gained from his own experience incarcerated in the California prison system, Oliver will question Korzenik on the origins on the business perspective on people involved in the justice system, the barriers to employment faced by returning citizens, and why he believes business is a critical partner to a more just world. The conversation will rely heavily on real-world examples or success and the necessary investments employers must make for fair chance hiring to succeed in business terms.

Jeffrey Korzenik is the author of Untapped Talent: How Second Chance Hiring Works for Your Business and the Community (HarperCollins Leadership, April 2021). The chief investment strategist for one of the country’s largest commercial banks, Korzenik is an unlikely advocate for those with a criminal record. From speaking engagements to his regular appearances on CNBC, Bloomberg and Fox Business News, and in his articles in Harvard Business Review, the Stanford Social Innovation Review and numerous regional outlets, Korzenik argues that offering career opportunities to those overlooked because of a mistake in the past are our single best solution to our labor shortage. Such second chance/fair chance hiring, in his view, not only strengthens the economy, but offers a critical path to safer and healthier communities. In 2020, Korzenik was elected to membership in the Council on Criminal Justice in recognition of his work on the intersection of the labor force and the justice system. Korzenik is a graduate of Princeton University and has served on numerous nonprofit boards.

A Psychology Member-led Forum program. Forums at the Club are organized and run by volunteer programmers who are members of The Commonwealth Club, and they cover a diverse range of topics. Learn more about our Forums.

This program is generously supported by the Checkr Foundation and the RMLow Foundation.

Author, Untapped Talent: How Second Chance Hiring Works for Your Business and the Community 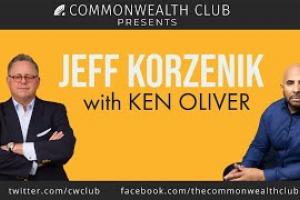