Ruha Benjamin has been called one of the country's most insightful scholars on issues related to race, technology and justice. In her new book, Viral Justice, Benjamin explores—in a very personal way—two social issues that have received extensive attention over the past two years: police violence and the pandemic of COVID-19. For Prof. Benjamin, these two issues existed in tandem for a reason: they are both public health crises that festered and continue to fester because they are both built on unjust systems.

Benjamin examines the converging plagues of COVID-19 and police violence, mapping the multiple routes through which racism gets under the skin. Recounting her personal experiences and those of her family, Benjamin illuminates the devastating impact of the chronic stress of racism, the trauma caused by mass imprisonment, and the vast inequities of our nation’s health-care system. As she channels her own life story, she also offers a passionate, inspiring, and practical vision of how seemingly minor decisions and habits could spread virally and have exponentially positive effects.

Join us as Professor Benjamin re-envisions the significance of individual actions and explains how we can build a more just world―one small change at a time.

Ruha Benjamin is a professor of African American studies at Princeton University, founding director of the Ida B. Wells JUST Data Lab, and author of three books, Viral Justice (2022), Race After Technology (2019), and People’s Science (2013), and editor of Captivating Technology (2019). She graduated from Spelman College with a BA in Sociology & Anthropology and received her MA and PhD degrees from the University of California, Berkeley.

Dr. Shabnam Koirala-Azad is the first female dean of the USF School of Education, and in 2018 was recognized as one of the Most Influential Women in the Bay Area. For more than a decade as a faculty member in the School of Education and as department chair for the Department of International and Multicultural Education, she added a strong global education component to the curriculum and co-founded the first degree program in Human Rights Education in the United States. As a leader, she is nationally recognized for her ability to infuse principles of justice and equity in her leadership practices.

A Technology & Society Member-led Forum program. Forums at the Club are organized and run by volunteer programmers who are members of The Commonwealth Club, and they cover a diverse range of topics. Learn more about our Forums.

In association with Inforum. 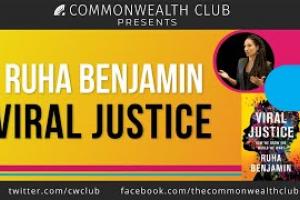