Skip to main content
Go To Past Event
from California's Inconvenient Truths held on March 7, 2022

Join us in-person and online for a thought-provoking program with author and activist David Crane, as he walks through the surprising statistics and lesser-known history behind California’s state government and how the public can help to elevate the quality of that government.

California’s state government spends more than $300 billion of state and federal funds every year on public education, health, safety, courts, employment security, homelessness and other services that Crane contends rarely produces satisfactory outcomes for residents. He says that spending per pupil more than doubled over the last decade, yet pupil performance barely changed; spending on Medi-Cal doubled, yet hospital profit margins improved more than public health; and millions of desperate residents were kept waiting for unemployment checks during the pandemic. Crane also argues that the state occasionally enacts policies that favor political cronies at the expense of employment, and as such, the state’s current unemployment rate exceeds the national unemployment rate by more than 60 percent.

David Crane is an author, activist, professor and president of Govern for California, a network of political action committees that supports California lawmakers who serve the general interest. Formerly a special advisor to Governor Arnold Schwarzenegger and member of the University of California Board of Regents, Crane has written extensively about state governments, political reform, resistance to special interests and recovering the excellence with which California was once governed.

This program is supported by the Ken & Jaclyn Broad Family Fund. 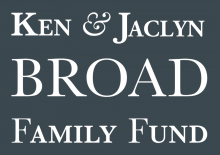