Skip to main content
Go To Past Event
from Bridging the Digital Divide held on December 14, 2021

Despite California’s leadership role in the technology industry, the digital divide continues to impact many Golden State communities as it has since the rise of the internet over two decades ago. While some progress has been made on the issue over the past decade, the digital divide continues to separate the haves and have-nots, and many people still do not understand the magnitude of the problem, particularly as it relates to the availability of high-speed internet access in low-income households and rural areas.

Although the divide has long been troubling, the issue became particularly dire during the pandemic. Throughout 2020, the impact of the digital divide on the educational system, in particular, became more glaringly obvious. As schools shifted to an online learning format, many students struggled—not just academically, but also due to the lack of broadband access to the internet at home and/or to a suitable device. In addition,. the digital divide also impacted basic activities of daily living for adults, such as grocery shopping, or telehealth doctor appointments. Those without high-speed access suffered more than those with this access.

Funding for digital inclusion efforts have been included in recent federal and state legislative efforts, including the recent infrastructure package signed by President Biden. What is the view from the ground on the digital divide, including grassroots efforts to address this issue? What else can be done to address this ongoing problem in a region where the computer industry was born? This program will look at these topics with several California leaders working on the issue.

This program is supported by AT&T. 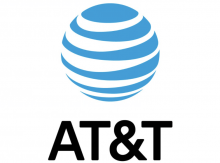