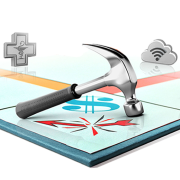 Go To Past Event
from Zephyr Teachout: Break Up Big Power held on August 12, 2020

Over the past couple of decades, corporations have increased their control of nearly aspect of American life. Big technology platform monopolists like Facebook and Google, and life science companies like Bayer have a greater concentration of wealth and power than we've seen in the United States since the Gilded Age. Critics say that massive, multinational companies are evolving into political entities that often have more influence than actual governments, bending state and federal legislatures to their wills and even creating courts that circumvent the U.S. justice system.

The big question for many, of course, is: How can we recover our freedom from these giant companies? Anti-corruption scholar and activist Zephyr Teachout has one answer: Break up the monopolies that are increasingly in control of American democratic institutions and public life. In her new book, Break 'Em Up: Recovering Our Freedom from Big Ag, Big Tech, and Big Money, Teachout argues that monopolies are the root cause of many of the issues (economic inequality, the environment, partisanship) that today's progressives care most about, and that anti-trust efforts are critical tools to protecting society. In order to build a better future, Teachout believes we must organize and eliminate monopolies from the private sector and create new safeguards that prevent new ones from seizing power. The moderator for this program, noted Columbia Law School professor Tim Wu, discussed some of these issues in a program at The Commonwealth Club last year.

Please join us for an important discussion of the dangers of consolidated private power and how we can develop a new path forward for our country . . . before it is too late.

In Conversation with Tim Wu
Professor, Columbia Law School; Contributing Opinion Writer, The New York Times; Author, The Attention Merchants: The Epic Scramble to Get Inside Our Heads; Twitter @superwuster