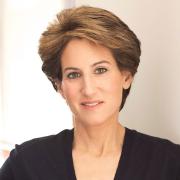 The Witches is Pulitzer Prize winner Stacy Schiff's account of a primal mystery. Women's suffrage, Prohibition and the Salem witch trials are three rare moments when women played a central role in American history, and in Salem it was adolescent girls who stood at center stage. The panic began during a raw Massachusetts winter, when a minister's niece began to writhe and roar. The panic spread quickly, as neighbors accused neighbors, husbands accused wives and parents, and children accused each other. The witch trials ended less than a year later, but not before 19 men and women had been hanged and an elderly man crushed to death. Drawing masterfully on the archives, Schiff introduces us to the strains of Puritan adolescent life and the vulnerability of wilderness settlements adrift from the mother country, and she brilliantly aligns them with our own anxieties: religious provocations, crowdsourcing and invisible enemies.