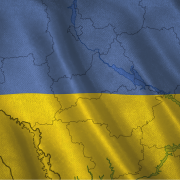 Ukraine Under Siege: What's Next

Go To Past Event
from Ukraine Under Siege: What's Next held on March 3, 2022

As Russian forces advance into Ukraine from the north, south and east and lay siege to Kyiv and other major cities, join The Commonwealth Club for an in-depth briefing on the current situation and what may happen in the coming days or weeks. What led Russian President Putin to resort to a full-scale invasion of Ukraine, and will the Ukrainians be able to hold back the forces arrayed against them? What is Putin’s endgame, and what are the risks to the NATO alliance and neighboring states if the conflict were to escalate?

The battle currently unfolding within Ukraine’s borders is the largest military action in Europe since the end of World War II, and the ensuing refugee crisis from the growing exodus of Ukrainians into neighboring Poland and Romania threatens to destabilize Europe and the NATO alliance, and draw in other nations. It is not only a threat of conventional war, but there are also increasing risks of cyberwarfare, threats to the global economy and the potential of nuclear escalation.

In the midst of this evolving crisis, we turn to the experts. Steven Pifer served as ambassador to Ukraine and is a seasoned policy analyst of Russia and Ukraine. Rose Gottemoeller is an expert on the NATO alliance as well as nuclear threats. Gloria Duffy served as deputy assistant secretary of defense, and is an expert in arms control and U.S.-Russian and U.S.-Ukrainian relations. Moderating the conversation will be Carla Thorson, the new vice president of programs at the Commonwealth Club who worked previously as a Russian and East European analyst at Radio Free Europe/Radio Liberty and the RAND Corporation.