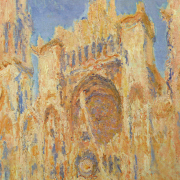 How does one react, watching our current political crisis form fissures in our underlying culture, which, according to poet Peter Dale Scott, is undermining even our most valuable cultural strengths? These strengths include living with diversity, tolerating and listening to other viewpoints, and reaching a shared consensus. Unfortunately, at the same time, these cultural strengths are ebbing; righteousness on all sides combined with contempt for others are increasingly destructive forces. This is happening at an inopportune time. Climate change and potentially unsustainable migrations will likely require radical political changes, which are certain to be unpopular yet may only be achievable by restoring our traditional culture of consensus-building. Scott has spent a lifetime commenting on the Vietnam War, JFK's assassination and the deep state. If it is too much to ask us to love our enemies, he wonders whether it is possible to listen to them. Without this civilizing skill, American culture will not be strengthened by this political crisis, as it has by past crises, but wounded by it instead.

Notes: Monet’s Rouen Cathedral series (pictured above) was once considered radical but is now considered too conservative, an indication how public opinion and perception can change over time.