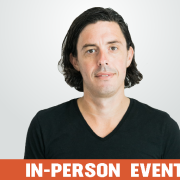 Go To Past Event
from Tim Miller: Inside the New Republican Party held on July 11, 2022

From 2000 to 2022, one thing is certain: What it means to be Republican has changed. To former Republican political consultant Tim Miller, the GOP started down a path to disaster in the early 2000s. Lack of strategic decision making within the Republican Party at that time set the stage for Donald Trump to take over the party Miller once loved. He now seeks to answer a simple question: “Why did normal people go along with the worst of Trumpism?”

Tim Miller is an author, activist and consultant who has held many positions within Republican campaigns. He has served as co-founder and political director for the advocacy group Republican Voters Against Trump and director of communications for Jed Bush’s 2016 presidential campaign. During his time in the Republican Party, he served in a variety of positions, including co-founder and executive director of the opposition research firm America Rising and “forensic analyst” for Mitt Romney’s failed 2012 presidential campaign.

In his new book Why We Did It, Miller cuts through the past two decades of political shifts, compromises and decisions made by the GOP that he says set it on a collision course with Trumpism and led to the events of January 6. Giving an honest look at his own work in the Republican Party, Miller uses raw interviews, forgotten history and personal accounts in a biting, darkly satirical retelling of the transformation of the GOP, leading up to his eventual departure from the party in November 2020.

Join us as Miller recounts the roadmap of how we got here, and what the story of one of the greatest party shifts in American history can tell us about the future of the nation.

In Conversation with Dan Pfeiffer