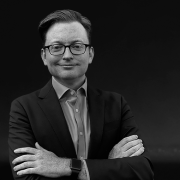 Tim Higgins: Tesla, Elon Musk, and the Bet of the Century

Go To Past Event
from Tim Higgins: Tesla, Elon Musk, and the Bet of the Century held on August 4, 2021

Elon Musk is one of the most influential and controversial tech icons in Silicon Valley. He has talked about forward-thinking projects like mind-uploading and space travel, but by far his most bold and effective vision led to Tesla and the creation of a widely available and affordable electric vehicle. Before Tesla was founded in the early 2000s, electric cars were considered novelties. But as many cars were gas guzzlers, there was a great need for a more sustainable mode of transportation.

Power Play: Tesla, Elon Musk, and the Bet of the Century explores the Tesla phenomenon. Tim Higgins traces its history of a hellish first 15 years, attacks by rivals, pressure from investors and surprises by whistleblowers. As a Wall Street Journal tech and auto reporter, Higgins had a front-row seat for all the drama. He spent almost a decade reporting on the car business from Detroit before he moved to San Francisco and focused his writing more on Apple, Tesla and other tech companies.

Power Play is Tesla’s story of power, recklessness, struggle and triumph coming together to change the future. Join us as Tim Higgins discusses Tesla’s rise and what it means for a tech-driven future.

Automotive and Technology Reporter, The Wall Street Journal; Author Power Play: Tesla, Elon Musk, and the Bet of the Century

In Conversation with Joanna Stern