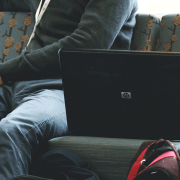 Tech and the Dark Side of Prosperity

Go To Past Event
from Tech and the Dark Side of Prosperity held on September 25, 2018

This event is the latest in our member-led forums’ Crisis in Our Country summer series.

The Bay Area is currently the jewel in the crown of capitalism—the tech capital of the world and a gusher of wealth from the Silicon gold rush. It has been generating jobs, spawning new innovation and spreading ideas that are changing lives everywhere. It boasts of being the Left Coast, the Greenest City and the best place for workers in the United States. So, what could be wrong? There is a dark side of this success: overheated bubbles and spectacular crashes; exploding inequality and millions of underpaid workers; a boiling housing crisis, mass displacement; severe environmental damage; a delusional tech elite and complicity with the worst in American politics.

Richard Walker's sweeping account of the Bay Area in the age of the tech boom covers many bases: the phenomenal concentration of IT in the Greater Silicon Valley, the fabulous economic growth and the unbelievable wealth piling up for some. All this is contrasted with the fate of the working class earning poverty wages and struggling to keep their heads above water, the greatest housing bubble in the United States, the local urban geography turned inside out, the environmental impact of the boom, the fantastical ideology of TechWorld and the political implications of the tech-led transformation of the Bay Area.

Richard Walker
Professor Emeritus of Geography, UC Berkeley; Author, Pictures of a Gone City: Tech and the Dark Side of Prosperity in the San Francisco Bay Area