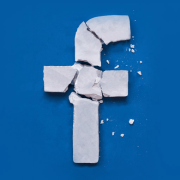 Go To Past Event
from Steven Levy: Inside Facebook held on March 3, 2020

In his sophomore year of college, Mark Zuckerberg created a simple website to serve as a campus social network. The site caught on like wildfire, and soon students nationwide were on it.

Today, the social network that Zuckerberg created in 2004 has grown far beyond its original iteration, larger and more powerful than anyone could have imagined. Facebook has grown into a tech giant, the largest social media platform and one of the most gargantuan companies in the world, with a valuation of more than $576 billion and almost 3 billion users across the globe. There is no denying the power and omnipresence of Facebook in American daily life. And in light of recent controversies surrounding election-influencing "fake news" accounts, the handling of its users' personal data and growing discontent with the actions of its founder and CEO, never has the company been more central to the national conversation regarding the direction of the county's politics, economy and how individuals communicate with each other.

There is no one better to describe how Facebook has evolved and where it might be headed than renowned tech writer Steven Levy. In his new book, Facebook: The Inside Story, Levy provides the definitive history of one of America's most powerful and controversial companies. Based on years of exclusive reporting and interviews with Facebook's key executives and employees, including Zuckerberg and Sheryl Sandberg, Levy's sweeping narrative, already named as one of the most anticipated books of the year, digs deep into the whole story of the company that has changed the world and reaped the consequences.

With the company in the news daily and just days before Californians get an early opportunity to have their say in the 2020 election, an election in which Facebook undoubtedly will play a critical role, Levy's appearance is not be missed.

In Conversation with Brad Stone