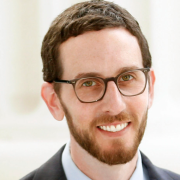 Go To Past Event
from State Senator Scott Wiener on The Michelle Meow Show held on April 26, 2019

Before being elected to office, Wiener practiced law for 15 years, including nearly a decade as a deputy city attorney in the San Francisco city attorney’s office. He also served in a number of community leadership roles, including co-chair of the San Francisco LGBT Community Center and on the national board of directors of the Human Rights Campaign. Wiener has lived in San Francisco’s Castro neighborhood since 1997. He received degrees from Duke University and Harvard Law School.