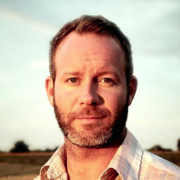 Go To Past Event
from Singer-Songwriter Matt Alber on The Michelle Meow Show held on March 14, 2019

This week's in-studio guest is singer and songwriter Matt Alber.

In 2014, Lincoln Center in New York invited Matt to perform on its esteemed American Songbook series, which garnered a review by The New York Times. In 2015, he was selected by the U.S. State Department as a musical ambassador to Russia, Hungary, Kosovo and to Sudan, where he taught recording arts and sciences to young artists in Khartoum.

Matt's music has been featured on ABC Family's series "The Fosters" and "Bones" and he appears on two Grammy Award-winning classical albums recorded at George Lucas' Skywalker Ranch with the acapella men's ensemble Chanticleer.