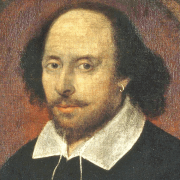 Go To Past Event
from Shakespeare in Prison held on July 15, 2019

Marin Shakespeare Company’s Shakespeare in Prison program originated in San Quentin in 2003 and has since expanded to include 13 facilities throughout the state. Former inmate Dameion Brown relates the transformative impact of finding Shakespeare at Solano State Prison and how it changed his life, the lives of those around him and the institution itself. Brown’s voice is objective, informative and compelling and is a testament to the power of arts in correctional facility. Outlining his personal growth through the power of arts, Brown also shares eye-opening insight into the criminal justice system.