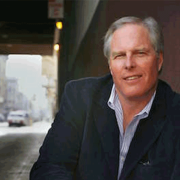 Go To Past Event
from San Francisco's Shocking Seventies held on August 5, 2019

A prize-winning writer for the San Francisco Chronicle in the tumultuous 1970s, Duffy Jennings covered the Patty Hearst kidnapping, the Zodiac and Zebra serial murders, and the City Hall assassinations of Mayor George Moscone and Supervisor Harvey Milk. Jennings also covered major fires, gangland crime, labor union strife, city government news and more. In Reporter’s Note Book, Jennings weaves the political, criminal, public and personal events of the 1970s into a masterful reflection on the heart of a turbulent Bay Area, all bolstered by his uncanny memory and tender wit.