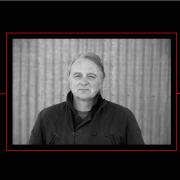 Robert Baer: Putin, Russia and the Hunt for a KGB Spy

Go To Past Event
from Robert Baer: Putin, Russia and the Hunt for a KGB Spy held on June 1, 2022

The CIA beginning in the early 1980s made a series of stunning arrests—three high-profile Russian spies, Aldrich Ames, Edward Lee Howard, and Robert Hanssen, were uncovered as some of the most damaging leaks the agency had ever seen. Yet, as told by former CIA officer Robert Baer, the investigation for a “fourth man” ensued shortly after, and now relates the never-before-told story about the hunt for what may very well be the greatest traitor in American history.

Robert Baer is a New York Times bestselling author and former CIA case officer with 21 years of service. He is the intelligence columnist for Time, intelligence and security analyst for CNN, and his works have appeared in The Washington Post and The Wall Street Journal. Baer’s book See No Evil was the basis for the acclaimed film Syriana, and he was the co-host for the History Channel series Hunting Hitler.

In his latest book, The Fourth Man, Baer recounts a thrilling tale of hunting a so-called “super mole” who was believed to have more destructive power than their three predecessors combined. Three women, leading experts in counterintelligence, led the team as they poured through their own ranks, finding loose threads, smoking guns and rumors that the traitor was nothing more than a Russian trick to break the CIA apart. And, at the height of their intellectual duel and legendary game of cat-and-mouse, the shocking conclusion to their investigation would shake American Intelligence to its core.

Join us, as Baer retells the thrilling hunt for a KGB spy at the top ranks of the CIA, with all its twists and turns—and its implications for the future of America, Russia and the rise of Vladimir Putin.

Former CIA Operative; Intelligence Analyst, CNN; Author, The Fourth Man: The Hunt for a KGB Spy at the Top of the CIA and the Rise of Putin's Russia

In Conversation with Adam Lashinsky