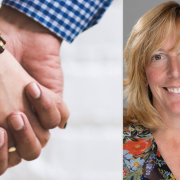 Go To Past Event
from The Rise of STDs in San Francisco and the LGBTQ Youth Community held on December 13, 2018

Join us for an in-depth program as part of our Michelle Meow Show series at The Commonwealth Club, in which we explore topics and speakers of interest to the LGBTQ community.

This week, we speak with some experts dealing with the increase in sexually transmitted diseases and how to help the LGBTQ youth population.

Dr. Derek Blechinger is a physician at Kaiser Permanente San Francisco who specializes in HIV and LGBT primary care. He completed residency in San Francisco in internal medicine and preventive medicine, during which he began his career in PrEP research and is now on the clinical faculty for the Bay Area, North and Central Coast AIDS Education Training Center (AETC) conducting "PrEP Bootcamps" throughout the greater Bay Area as well as a recent tour through states in the South. He completed a master's in public health and epidemiology from UC Berkeley, and went to medical school in Seattle at University of Washington. Before medical school, Dr. Blechinger worked in public health, where for many years he conducted outreach testing and counseling for LGBT adults and youth in Minnesota's largest HIV and STD clinic. In his spare time he sings in the San Francisco Gay Men's Chorus and stays active in his community.

Sherilyn Adams is the executive director of Larkin Street Youth Services. For more than 30 years, Sherilyn Adams has dedicated her career to the nonprofit sector, focusing on issues of child abuse and neglect, family violence, mental health, substance abuse, and homelessness. The first member of her family to attend college, Sherilyn’s early life was touched by many of these issues. This personal history is part of what drives her to be a catalyst for change in the lives of at-risk populations. Serving as Larkin Street Youth Services' executive director since 2003, Sherilyn has led the agency through tremendous growth, nearly tripling the number of housing beds, and putting Larkin Street at the vanguard of the field for its innovative multi-service model to resolve youth homelessness. Prior to joining Larkin Street, she worked with a variety of nonprofits, including child sexual abuse treatment, domestic violence shelters, adolescent outpatient programs and residential treatment for adults. In 2012, the White House honored her as a “Champion for Change in the Fight Against Youth Homelessness,” and in 2015, San Francisco Mayor Ed Lee honored Sherilyn as one of the courageous leaders changing the lives of San Franciscans.