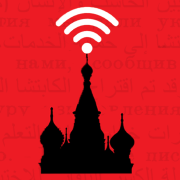 Richard Stengel: The Battle Against Disinformation

Go To Past Event
from Richard Stengel: The Battle Against Disinformation held on October 28, 2019

During the final three years of the Obama administration, Richard Stengel, the former editor of Time and an under secretary of state, was on the front lines of a new global information war. At the time, he was the single person in the U.S. government tasked with unpacking, disproving and combating both ISIS’s messaging and Russian disinformation. Then, in 2016, as the presidential election unfolded, Stengel watched as Donald Trump rode to victory, in part because of how disinformation was weaponized on social media domestically and internationally. According to Stengel, the battle against weaponized disinformation has only gotten worse since, and democracies such as the United States are proving not to be very good at fighting it.

In his new book, Information Wars: How We Lost the Global Battle Against Disinformation and What We Can Do About It, Stengel walks readers through this new war and where the battles are taking place, including Russia and Ukraine, Saudi Arabia and Iraq. He illustrates how ISIS terrorized the world using social media, and how the Russians launched a tsunami of disinformation around the annexation of Crimea—a scheme that became the model for their interference with the 2016 presidential election.

Disinformation, of course, is as old as humanity. But the rise of social media has made disinformation even more pervasive and pernicious in our current era. Perhaps no one has faced this issue more head on than Stengel. With the 2020 election just a year away, come hear firsthand about what citizens can do to combat this ever-growing threat to democracy.

Richard Stengel
Political Analyst, MSNBC; Former Under Secretary for Public Diplomacy and Public Affairs; Former Editor, TIME; Author, Information Wars: How We Lost the Global Battle Against Disinformation and What We Can Do About It