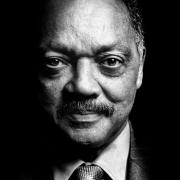 The Rev. Jesse Jackson: A Conversation About the Promise of America

Go To Past Event
from The Rev. Jesse Jackson: A Conversation About the Promise of America held on November 29, 2018

The Rev. Jesse Jackson is one of America’s foremost civil rights, religious and political figures. For more than five decades, from working with the Rev. Dr. Martin Luther King Jr. to his own two presidential campaigns and beyond, Jackson has played a pivotal role in virtually every movement for empowerment, peace, civil rights, gender equality, and economic and social justice. On August 9, 2000, President Bill Clinton awarded Jackson the Presidential Medal of Freedom, the nation's highest civilian honor.

As America grapples with polarization and increased threats of violence against social and political leaders, various ethnic groups, and the media, is it still possible for Americans to lessen the heated rhetoric and bridge divides? Come for a conversation with a man who has been called the “conscience of the nation.” Jackson will discuss the possibilities for America to be inclusive and to find common ground across lines of race, culture, class, gender and belief.