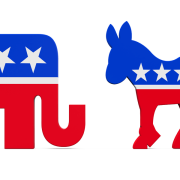 Republicans and a Democrat on Climate

Go To Past Event
from Republicans and a Democrat on Climate held on April 30, 2019

Is there hope for bipartisan progress with the Green New Deal shaking up climate politics in Washington, D.C.? Championed by Democratic U.S. Representative Alexandria Ocasio-Cortez (D-NY) and U.S. Senator Edward Markey (D-MA), the bill’s ambitious clean energy goals are backed by prominent Democratic support but are criticized by Republican leaders for being costly and too broad. A move by Republicans to bring the Green New Deal to an immediate vote is evidence that the politics of energy are entering a new chapter.

When it comes to climate politics, is the U.S. getting closer to bipartisan solutions that are both practical and profound enough to address the scale of the problem? We’ll hear former U.S. Representative Carlos Curbelo (R–FL), co-founder of the bipartisan Climate Solutions Caucus in Congress, who introduced a carbon tax bill in 2018; former U.S. Representative Ryan Costello (R–PA), who now manages the political advocacy group Americans for Carbon Dividends; and Christine Pelosi, executive committeewoman with the Democratic National Committee.

Join us for a conversation about the politics of energy leading up to the 2020 campaign.