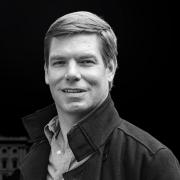 Rep. Eric Swalwell: Inside the Impeachment of Donald J. Trump

Go To Past Event
from Rep. Eric Swalwell: Inside the Impeachment of Donald J. Trump held on June 24, 2020

Eric Swalwell has served a lengthy political career in the Bay Area, working as the Alameda County deputy district attorney, as a Dublin city council member and currently as the U.S. representative for California’s 15th congressional district. As a congressional freshman, Rep. Swalwell served on several House committees and was able to get more bills passed in the House and signed into law than any other freshman. Throughout his congressional career, he has taken vocal positions in support of gun control reform, increased funds for education and national tax reform.

With this impressive background, Rep. Swalwell gives us an insider look at the events following the foreign interference in the 2016 election and the subsequent impeachment process in his new book, Endgame: Inside the Impeachment of Donald J. Trump. He draws from his time on the House Permanent Select Committee on Intelligence and the House Judiciary Committee to fill the gaps in the impeachment timeline—from the executive communications with Ukraine to the Senate hearing following the impeachment.

Join us at INFORUM to learn more about Eric Swalwell’s work as a U.S. representative and to gain a unique perspective on the role that he has played in the events leading up to the third presidential impeachment to occur in U.S. history. This conversation will be moderated by NBC Bay Area’s Raj Mathai.