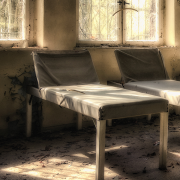 Psychiatry and Its Discontents

Go To Past Event
from Psychiatry and Its Discontents held on March 10, 2020

Written by one of the world’s most distinguished historians of psychiatry, Psychiatry and Its Discontents provides a wide-ranging and critical perspective on the profession that dominates the treatment of mental illness. Andrew Scull traces the rise of the field, the midcentury hegemony of psychoanalytic methods, and the paradigm’s decline with the ascendance of biological and pharmaceutical approaches to mental illness.

Scull's historical sweep is broad, ranging from the age of the asylum to the rise of psychopharmacology and the dubious triumphs of “community care.” The essays in Psychiatry and Its Discontents provide a vivid and compelling portrait of the recurring crises of legitimacy experienced by “mad-doctors,” as psychiatrists were once called, and illustrates the impact of psychiatry’s ideas and interventions on the lives of those afflicted with mental illness.

Dr. Andrew Scull was educated at Oxford, Princeton and University College London; he is the author of more than a dozen books on mental illness and is widely regarded as one of the world's leading historians of psychiatry. Currently a distinguished research professor of sociology and science studies, he has also held faculty positions at Princeton and the University of Pennsylvania, and has been the recipient of fellowships from the Guggenheim Foundation and the American Council of Learned Societies, among others. His work has been translated into 200 languages, and his most recent book was nominated for a Pulitzer Prize in history. A past president of the Society for the Social History of Medicine, he has appeared on television and radio on multiple occasions in North America, Europe and Australia.