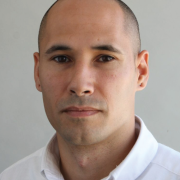 A.C. Thompson is a staff reporter with ProPublica. His stories, which often examine the criminal justice system, have helped lead to the exoneration of two innocent San Francisco men sentenced to life in prison and the prosecution of seven New Orleans police officers. In addition to working as a print and web journalist, Thompson has reported extensively for television, serving as a producer and correspondent for the PBS documentary series "Frontline." His life was fictionalized on the HBO show “Treme.”