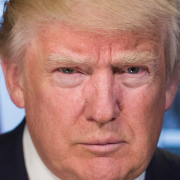 President Trump and the Future of U.S.-Asia Relations: A View from the West Coast

Go To Past Event
from President Trump and the Future of U.S.-Asia Relations: A View from the West Coast held on March 7, 2017

Join Asia Society, The Asia Foundation, The Commonwealth Club, and the World Affairs Council for a unique dialogue featuring the leaders of four of the Bay Area’s most prestigious public affairs and non-profit organizations, who will look at the presidency of Donald J. Trump and what it will mean for America’s relationship with Asia and the world. Held within the first 100 days of the Trump Administration, the dialogue will examine more closely a persistent divide between California and the Bay Area, and the rest of the country, on the future direction of this nation.

The dialogue will examine how the Bay Area and the state more broadly view America’s relationship with Asia, as well as its place in the world on global issues such as trade, security and climate change. What are some of the primary issues of importance to the Bay Area—politically, economically, culturally—as it relates to U.S.-Asia relations and are they similar or different from the rest of the country? Have the state and the region evolved differently from the rest of the country in how they perceive America’s relationship with Asia and the world, and why? Is it demographics, geography?