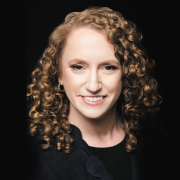 As the United States goes through its most seering domestic crisis in decades, navigating and defending free speech and cultivating a more inclusive public culture is critical for the future of the country, according to PEN America CEO Suzanne Nossel.

Nossel will discuss a way to promote free expression while also addressing online trolls and fascist chat groups, cancel culture, and controversial lectures on campus and elsewhere. In an era in which one tweet can launch—or end—your career, and free speech is often invoked as a principle but rarely understood, learning to maneuver the fast-changing, treacherous landscape of public discourse has never been more urgent.

At a time when free speech is often pitted against other progressive axioms—namely diversity and equality—Nossel argues that the drive to create a more inclusive society need not, and must not, compromise robust protections for free speech. Nossel provides concrete guidance on how to reconcile these two often misunderstood sets of core values within universities, on social media and in daily life.