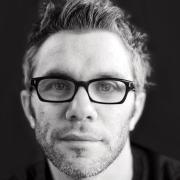 Nick Bilton and Dick Costolo: Inside the Online Black Market

Go To Past Event
from Nick Bilton and Dick Costolo: Inside the Online Black Market held on May 9, 2017

Imagine a place where you can anonymously purchase drugs, hire hit men, and acquire forged passports counterfeit cash, guns, grenades and poisons. Journalist Nick Bilton has written about politics and power struggles behind the founding of Twitter. Now he turns his investigative journalism to the story of Ross Ulbricht, the notorious and enigmatic founder of a drug empire and the Silk Road website. Bilton will divulge Ulbricht's rise and fall and what Ulbricht's story reveals about the clash of a libertarian-leaning web, where everything is decentralized, against the old world of government, law and order. He will also discuss what this could ultimately mean for all of us.