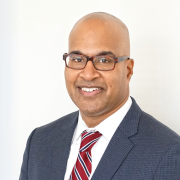 This week's guest is Manohar Raju.

Raju is the newly appointed public defender for San Francisco. Before being chosen by Mayor London Breed to succeed the late Jeff Adachi, Raju worked in the public defender's office for 11 years, some of which he spent as director of training and then as felony manager. Previously he worked at the Contra Costa Public Defender's Office.

Raju did his undergraduate studies at Columbia University and earned his Master's in South Asian studies from the University of California Berkeley. He also attended UC Berkeley for law school. He is a founding member of Public Defenders for Racial Justice.