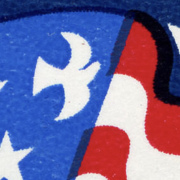 The New Peace Corps: An interview with the Acting Director

Go To Past Event
from The New Peace Corps: An interview with the Acting Director held on December 2, 2021

In March 2020, due to the COVID-19 pandemic, the Peace Corps returned more than 7,000 volunteers to the United States from the countries around the world where they were based.

There have been many discussions and conferences advocating for changes in the structure, mission, and goals of the Peace Corps as it celebrates the 60th year since its founding by President John F. Kennedy. The Peace Corps is passionate about working to strengthen the impact of its mission both at home and abroad as well as promoting diversity and inclusion to enhance the relativity and substance of its work.

The Peace Corps, a government agency, is headed by Carol Spahn, the acting director. Currently, the mission of the Peace Corps is to promote world peace and friendship through community-based development and cross cultural understanding through three important core goals: building local capacity, sharing America with the world, and bringing the world back home.

Glenn Blumhorst is the president of the National Peace Corps Association ,which is a mission-driven social impact non-government organization that encourages and celebrates lifelong commitment to Peace Corps ideals and assists the Peace Corps.

Please join us as we discuss what the future of the Peace Corps will look like.

Glenn Blumhorst is president and CEO of National Peace Corps Association (NPCA), a  501(c)(3) enterprise at the center of a community of more than 180 grassroots affiliate groups and 235,000 individuals who share the Peace Corps experience. Founded in 1979 and headquartered in Washington, D.C., NPCA’s mission is “to champion lifelong commitment to Peace Corps ideals.” During his tenure, Blumhorst has led NPCA’s historic transformation from a dues-based alumni association to a community-driven social impact organization.

Prior to joining the NPCA, Blumhorst enjoyed an illustrious 18-year career with ACDI/VOCA, most recently leading the establishment and substantial growth of ACDI/VOCA’s worldwide community stabilization and development practice area as managing director. He also served as country representative and chief of party on several major USAID-funded projects throughout Central and South America. His work has taken him to more than 65 countries and enabled his near-native Spanish language fluency.

Blumhorst launched his career by serving as a Peace Corps Volunteer in Guatemala from 1988 to 1991. He holds a Master of Public Administration and a bachelor of science in agriculture, both from the University of Missouri-Columbia. He is the 2018 recipient of the prestigious University of Missouri Faculty-Alumni Award. Blumhorst is a private pilot with more than 400 hours of flight time.

Carol Spahn is serving as the acting director of the Peace Corps. She brings more than 25 years of public and private sector experience, and has worked in countries around the world on issues ranging from small business development to infectious disease prevention and women's empowerment. Most recently, Spahn served as the Peace Corps chief of operations in the Africa Region, covering Eastern and Southern Africa. Previously, she served a five year term as the country director of Peace Corps/Malawi.

Spahn’s Peace Corps roots extend back to her service as a volunteer from 1994 to 1996 in Romania, where she served as a small business advisor. Before returning to the Peace Corps as country director, she was senior vice president of operations at Women for Women International, an organization serving marginalized and socially excluded women in conflict-affected countries. Prior to that, Spahn served as executive director of Accordia Global Health Foundation, a nonprofit focused on creating sustainable centers of excellence in health in Africa. She served as vice president, chief financial officer, and treasurer of Small Enterprise Assistance Funds, a nonprofit private equity fund manager that invests in small and medium sized companies in developing countries. She has also held positions at leading private sector institutions, including GE Capital and KPMG Peat Marwick. Carol holds a bachelor's degree from the Catholic University of America and a master’s degree in international development from the George Washington University Elliott School of International Affairs.