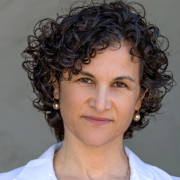 A New Kind of Heroism: Extreme Measures at the End of Life

Go To Past Event
from A New Kind of Heroism: Extreme Measures at the End of Life held on March 6, 2017

Dr. Zitter entered the field of critical care medicine to be a hero. She wanted to rescue people from the brink of death like a fireman rescues fire victims—calmly, swiftly and without stopping to ask questions. But one day, as she was aggressively treating a dying patient in the ICU, a nurse challenged her on why she was putting the patient through the pointless ordeal. The remark smarted, and Dr. Zitter began asking herself the same question about many of her patients. She came to realize that while the standard no-holds-barred medical approach achieves some dramatic victories, it often causes more suffering than benefit for patients with life-limiting illness.

In this program, Dr. Zitter will describe a new kind of heroism. Her current practice is influenced by the Palliative Care movement, which has the potential to transform medicine in the ICU and beyond. This new model is patient-centered and participatory. Doctors pursue direct and honest communication, however difficult, over false hope and avoidance. And the central actor is no longer a lone warrior-doctor in the trenches of medical warfare, but rather a diverse team of health-care providers acting in partnership with patients and family members.