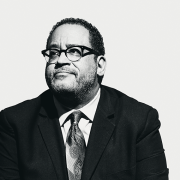 Go To Past Event
from Michael Eric Dyson: Entertaining Race held on November 16, 2021

For more than 30 years, Michael Eric Dyson has played a prominent role in the nation as a public intellectual, university professor, cultural critic, social activist and ordained Baptist minister. He has presented a rich and resourceful set of ideas about American history and culture. Now, for the first time, he brings together the various components of his multihued identity and eclectic pursuits.

Most of this work will be new to readers, a fresh light for many of his long-time fans, and an inspiring introduction for newcomers. Join us as Michael Eric Dyson takes us through his new work, and offers insight into the role of African American culture in American culture.

In Conversation with Lauren Sanders