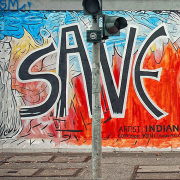 The Marshall Plan: Dawn of the Cold War

Go To Past Event
from The Marshall Plan: Dawn of the Cold War held on March 8, 2019

Monday Night Philosophy features author Benn Steil, winner of the 2018 American Academy of Diplomacy Douglas Dillon Prize for best book. Steil will discuss the gripping history behind the Marshall Plan. In the wake of World War II, with Britain’s empire collapsing and Stalin's on the rise, U.S. officials under new Secretary of State George C. Marshall set out to reconstruct Western Europe as a bulwark against Communist authoritarianism. Their massive, costly and ambitious undertaking would confront Europeans and Americans alike with a vision at odds with their history and self-conceptions. In the process, they would drive the creation of NATO, the European Union and a Western identity that continues to shape world events.

Focusing on the critical years 1947 to 1949, Steil’s account brings to life the Prague Coup, the Berlin Blockade, the division of Germany, and Stalin’s determination to crush the Marshall Plan and undermine American power in Europe. As Putin’s Russia is again rattling the world order, the tenuous balance of power and uncertain order of the late 1940s is as relevant as ever.