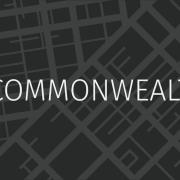 Go To Past Event
from Makers of Innovation held on December 12, 2016

Today, many people who call themselves makers are geeks. Familiar with the ideas and practices of open source software, these hardware geeks are changing how we make things, where we make things and who gets to make them. However, the maker movement is moving beyond its geek contingency, just as personal computers once did, and is spreading out to engage more and more people. The maker movement is having considerable impact on business and education, emphasizing hands-on education and creative problem-solving. It is also introducing open, collaborative models around innovation that broaden participation in an innovation-driven economy. Join us for a conversation about making the future of innovation. Dale Dougherty has been on the front lines of a worldwide renaissance of creating, designing, modifying, inventing and personalizing that is affecting all aspects of how we do business. In his new book, Free to Make: How the Maker Movement Is Changing Our Schools, Our Jobs, Our Minds, Dougherty acts as a tour guide to the spectacular, hope-filled global phenomenon that we now call the maker movement. In conversation with Robert Stephens, the founder of the Geek Squad, they will explore how the do-it-yourself movement approaches arts, crafts, science and engineering, changing us as a result.

Founder and CEO, Maker Magazine and Maker Faire; Author, Free to Make: How the Maker Movement Is Changing Our Schools, Our Jobs, and Our Minds

In conversation with Robert Stephens