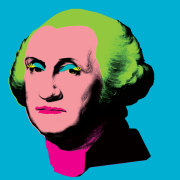 Lauren Duca: How to Start a Revolution

Go To Past Event
from Lauren Duca: How to Start a Revolution held on October 9, 2019

Award-winning journalist Lauren Duca is an unmistakable voice in the middle of a chaotic post-Trump political arena, famously penning the viral Teen Vogue op-ed “Donald Trump is Gaslighting America” just after Trump's election. Since the piece’s publication, she’s risen as a fresh voice in the millennial consciousness, often unafraid to challenge anyone who crosses her path … or her Twitter feed.

In her new book, How to Start a Revolution: Young People and the Future of American Politics, she argues that Trump’s election sparked a political awakening in young people that does not seem to be waning anytime soon, and that it’s up to them to fix our ailing political system. Join Duca at INFORUM where she will discuss her sharp and funny guide to changing the world and empowering society towards real equality.

Lauren Duca
Journalist; Author, How to Start a Revolution: Young People and the Future of American Politics