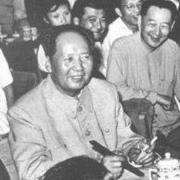 Last Boat Out of Shanghai: The Chinese Who Fled Mao’s Revolution

Go To Past Event
from Last Boat Out of Shanghai: The Chinese Who Fled Mao’s Revolution held on January 30, 2019

On the eve of the People's Republic of China's 70th anniversary, journalist and author Helen Zia discusses the desperate exodus out of that country's biggest and most sophisticated city—a port so notorious that its name was synonymous with evildoing. Her new nonfiction book, Last Boat out of Shanghai: The Epic Story of the Chinese Who Fled Mao's Revolution, is the first English language account of this mass flight, an event that mirrors the Jews and other intellectuals fleeing Berlin as Hitler came to power and the frantic rush for evacuees to enter the American embassy as Saigon fell.

This is the history of a generation of Chinese intellectuals dispersed throughout the world. The story remained untold, even in China, until Zia interviewed more than 100 survivors of this late 1940s and early 1950s exodus. Many endured great hardship and nativist hostility, including the McCarthy inquisition in the United States, as they tried to find safety for themselves and their families. Their offspring include Maya Lin, I.M. Pei, Amy Tan, Steven Chu, Elaine Chao, David Henry Hwang, Chang-lin Tien, Gish Jen and many other notables.

Zia’s first book, Asian-American Dreams: The Emergence of an American People, was a groundbreaking history of Asian-Americans in the United States. A Fulbright scholar, she first visited China in 1972, just after President Nixon’s historic trip. As a journalist, she has covered Asian-American communities and social and political movements for decades. She is a former executive editor of Ms. magazine and graduate of Princeton University’s first coeducational class.

Helen Zia
Journalist; Author, Last Boat Out of Shanghai: The Epic Story of the Chinese Who Fled Mao’s Revolution