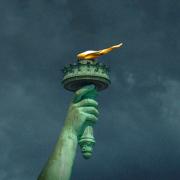 Go To Past Event
from Larry Diamond: Saving American Democracy held on June 12, 2019

In 1974, nearly three quarters of all governments were dictatorships; today, more than half are democracies. Yet, by most measures, there are now 25 fewer democracies than there were at the turn of the millennium. Is democracy in decline? And if so, what has contributed to this regression? Larry Diamond, a senior fellow at the Hoover Institution, founding co-editor of the Journal of Democracy and professor of political science and sociology at Stanford University has dedicated the majority of his life to answering these questions.

His newest book, Ill Winds: Saving Democracy from Russian Rage, Chinese Ambition, and American Complacency, takes a strong and somewhat controversial stance: The defense of democracy depends upon U.S. global leadership. However, before it can fulfill this role, American democracy itself needs to be reformed from the inside. In the book, Diamond not only shares his wealth of knowledge about democracies across the globe but also provides concrete and deeply informed measures that can be taken to reduce polarization, reduce the influence of money in politics and make elections fairer, both here in the United States as well as globally.

Join us for a conversation with one of the most respected scholars of democracy about its apparent decline, the challenges it faces and how we can best protect it.

In Conversation with Anja Manuel
Co-Founder and Partner, RiceHadleyGates