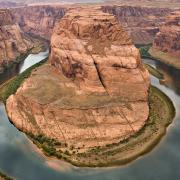 Go To Past Event
from Killing the Colorado held on February 15, 2017

The story of the American West is deeply rooted in the Colorado River, which delivers fresh water to 30 million people. For years, there has been more Colorado water on paper and in people’s minds than in the river itself. Now climate disruption is making the situation even more troubling. Water levels are so low in Lake Mead that soon they will trigger unprecedented mandatory water cutbacks in Arizona, Nevada and elsewhere.

That harsh reality is hard to grok with headlines about the abundance of water in California reservoirs and massive snow levels in the Sierra. How is the Colorado River connected to California’s other water concerns, such as the Delta Tunnels and Salton Sea? Join us for a conversation about protecting the water many in the West take for granted, and restoring one of the country’s great waterways.