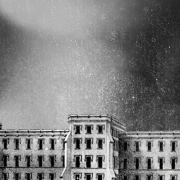 Go To Past Event
from Journalist Susannah Cahalan: Rethinking Our Understanding of Mental Illness held on November 21, 2019

NPR has called Susannah Cahalan “one of America’s most courageous young journalists.” Known for her memoir Brain on Fire, which details her experience with a rare autoimmune disease, Cahalan’s work has since been made into a feature film on Netflix.

In her newest book, The Great Pretender: The Undercover Mission That Changed Our Understanding of Madness, Cahalan explores the centuries-old struggle to define, diagnose and treat mental illness. The Great Pretender details a 1970 experiment, led by Stanford psychologist David Rosenhan, in which he and seven other people went undercover into the asylums of America. Cahalan describes how Rosenhan and the others were forced to remain inside until they could prove they were sane, and as a result, all of those partaking in the experiment emerged with stories of mistreatment and newfound mental health issues. Following the dramatic study, institutions and mental health diagnoses were changed from then on. Cahalan’s research asks us to delve deeper into the Rosenhan experiment and ask important questions relating to what really happened. She argues that this episode’s implications on mental illness and treatment are worth discussing, as the effects of the study are still felt today.

Join us for a unique and important conversation with Cahalan as she asks us to delve deeper into our own understanding of mental health, diagnosis and treatment.

Author, Brain on Fire: My Month of Madness and The Great Pretender: The Undercover Mission That Changed Our Understanding of Madness; Twitter @scahalan