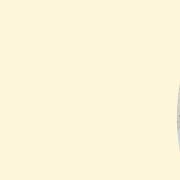 Go To Past Event
from Josh Mitchell: Inside the Student Loan Debt Trap held on August 10, 2021

Americans owe more than $1.5 trillion in student loan debt, almost $700 billion more than the total U.S. credit card debt. Student loans have proved to be one of the most pressing problems young Americans face, and critics say the college industry is in part to blame. Originally, well-intentioned government reforms for college access quickly turned into reckless lending and runaway tuition. Easy access to loans allowed colleges to raise tuition to soaring levels. Even the private banks that fronted the money made huge profits on interest. Together, everyone in this business formed an exploitative system that relies on students failing to pay back their debt.

In his new book The Debt Trap: How Student Loans Became a National Catastrophe, Wall Street Journal reporter Josh Mitchell uncovers the broken student loan system that was created, and then exploited, by loan company Sallie Mae and the United States Congress. He explains what he says are the ill-advised decisions made that drove Americans into massive debt and continue to wreak havoc today.

In Conversation with Bethany McLean