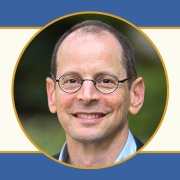 Jonathan Rauch: A Defense of Truth

Go To Past Event
from Jonathan Rauch: A Defense of Truth held on June 29, 2021

Over the past several years, the United States has seemingly become a country divided by facts, "alternative facts," fake news, conspiracy theories and a “cancel culture” fueled by information and disinformation circulating on various social media platforms. Yet while the debate over truth seems to have reached a fevered and dangerous pitch since the disputed presidential election, this battle of what constitutes a factual idea is nothing new, according to well-known political scholar and writer Jonathan Rauch.

In Rauch's new book The Constitution of Knowledge: A Defense of Truth, a senior fellow in the Brookings Institution's Governance Studies program and a contributing writer to The Atlantic makes an impassioned defense of truth for a country often divided, and he notes that the war on reality has existed in the United States since its founding. Rauch's new book is an ambitious investigation into many of the country's biggest social disputes, from rampant lying, propaganda and disinformation; online outrage culture, and trolling, to cancel/callout culture, campus safe spaces, postmodernism and grievance studies; as well as attacks on science and expertise. Rauch weaves these many threads into a larger theory of what is being attacked and, importantly, how to defend it.

Anyone following today's most divisive political disputes won't want to miss this important conversation about the importance of reason in an age of illiberalism.