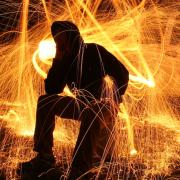 Go To Past Event
from John Browne: Engineering the Future held on October 30, 2019

Can oil companies reinvent themselves as clean energy providers? Lord John Browne attempted it over more than a decade as CEO of British Petroleum, where he led the company's “Beyond Petroleum” rebranding campaign. In his new book, Browne argues that the solution to reducing emissions and addressing climate change is to be found in the mass deployment of engineered technology—and that the tools we need to get there already exist. What lessons can oil companies and others looking to lead the energy transition learn from this approach? What is the future of the fossil fuel industry as the global economy runs cleaner?

Join us with Lord John Browne, former CEO of British Petroleum and author of Make, Think, Imagine: Engineering the Future of Civilization, for a conversation on the potential of energy incumbents to become innovators.

This program is generously underwritten by RBC Wealth Management and the ClimateWorks Foundation.