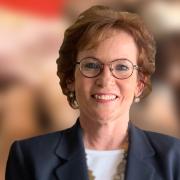 Joan Ryan: Team Chemistry and the Secret to Success

Go To Past Event
from Joan Ryan: Team Chemistry and the Secret to Success held on June 17, 2020

For decades, beloved Bay Area sportswriter Joan Ryan has written about winning (and losing) sports teams. In her groundbreaking new book, Intangibles, Ryan explores the importance of team chemistry and the mystery of why some teams "click," foster trust and respect, and push players to exceed their own potential.

In sports, team chemistry is often overlooked, in part because it is assumed that it can’t be scientifically measured. But after interviewing more than 100 players, coaches, managers and statisticians in addition to reviewing the thousands of games she has covered as a journalist, Ryan shows that the social and emotional state of a team does affect performance and should not be underestimated.

Hear Ryan discuss the importance of team chemistry, and how some of our favorite teams have the intangible “it” factor and some, too often, don’t.