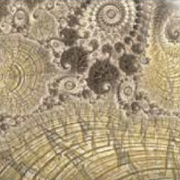 Jeremy Lent: The Web of Meaning

Jeremy Lent returns to The Commonwealth Club to discuss the ideas in his new book, which weaves together the latest scientific findings with age-old philosophical insights to show how some of our most ingrained beliefs about human nature and the world are mistaken.

Who am I? Why am I? How should I live? These are some of the oldest questions humans have grappled with. Our modern, high-tech society, having grown up in Darwins' shadow, assumes that humans are hardwired for selfishness, that we are separate from nature and so can exploit it, that we do best when left alone to pursue our own individual goals.

Lent argues that the latest scientific research begs to differ, and that those ingrained but faulty beliefs—which got started in the 17th century and have since been updated with ideas like the “selfish gene”—underlie the environmental and social unraveling now threatening our very survival. Lent not only challenges outmoded beliefs, he also invites us to consider a new way of thinking about ourselves and the world that is both intellectually sound and spiritually vibrant. He weaves together the latest research in neuroscience and evolutionary biology with Buddhist, Taoist, and Indigenous wisdom, and shows how these seemingly disparate streams of thought are not only eminently compatible, but are the key to facing the existential problems of the 21st century.

In response to the COVID-19 pandemic, we are currently hosting all of our live programming via YouTube live stream. This program was recorded via video conference on July 14th, 2021 by the Commonwealth Club of California.

Founder and President, The Liology Institute; Author, The Web of Meaning: Integrating Science and Traditional Wisdom to Find Our Place in the Universe