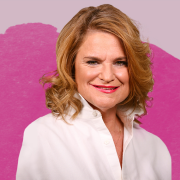 Go To Past Event
from Jennifer Palmieri: She Proclaims held on July 29, 2020

From sports to politics, women are taught to conform themselves to the rules and dictates of a male-dominated world. Jennifer Palmieri, former White House communications director and the communications director for Hillary Clinton’s 2016 presidential campaign, reflects on her career to call out a societal infrastructure that not only subordinates women to men but also pits women against women.

In her new book, She Proclaims: Our Declaration of Independence from a Man’s World, Palmieri challenges us to imagine a world in which a female-oriented workplace and life is no challenge. In fully rejecting our traditional systems, Palmieri argues, women can build a world that allows them to advance as equals.

Join Palmieri at INFORUM for a discussion on politics, feminism and dismantling the patriarchal values that continue to stymie female success. This program will be moderated by Aimee Alison, founder and president of She The People.

Aimee Allison
Founder and President, She the People—Moderator